15 Haunted Places in NYC That You Don’t Know About

New York City is known for good food, forward music, and…ghosts? We may never live up to the spine-chilling reputation of cities like Salem or New Orleans, but with a long – and sometimes violent – history like the one we have here, we are bound to have a few ghosts running around, right?

The Story: The theater is said to be haunted by a flirty lady clutching a blue bottle of pills. People who looked into the matter have tracked the ghost to a Parisian Hotel back in 1920 where an actress named Olive Thomas overdosed on her husband’s syphilis meds. Gross. Apparently, she preferred to haunt the theater she once performed in instead of her STD-ridden hubby. Good call, Olive.

Where: 65 Jumel Terrace in Washington Heights

The Story: This Georgian mansion served as a military headquarters for both sides of the Revolution. In 1810, Stephen and Eliza Jumel acquired the property. After Stephen’s suspicious death, Eliza remarried in 1832 to an Aaron Burr, the former Vice President, and killer of Alexander Hamilton. Reported sighting of Eliza Jumel started in the 1960’s, as well as reports of talking grandfather clocks and Hessian soldiers who come out of paintings.

Where: 1 West 72nd Street on the Upper West Side

The Story: You have seen The Dakota in films such as Vanilla Sky and the original Rosemary’s Baby. This building is also the last home and assassination site of Beatles frontman, John Lennon. Residents of the building have reported seeing Lennon’s ghost, small children in outdated garb, and an adult with the face of a small boy.

Where: 57 West 57th Street in Midtown

The Story: One love triangle that resulted in all three lovers’ deaths. In the early 1920s, Albert Champion married Edna Crawford who later began an affair with Charles Brazelle. Long story short, Crawford and Brazelle killed Champion and, with the inheritance from his death, bought the penthouse at 57 West 57th. Crawford was held prisoner here by her lover, Brazelle, and was eventually beaten to death by him. Crawford’s bodyguard was not too happy about her murder, so he threw Brazelle out of the penthouse window. Yikes! Despite years of vacancy, Carlton Aslop bought the penthouse. After horrific sightings, his wife leaving him, and his dogs having nervous breakdowns, he abandoned the penthouse and committed himself.

Where: 15 Vanderbilt Avenue in Midtown East

The Story: Once a jail, this upscale cocktail lounge is the site of many ghostly sightings. Employees have reported feeling strange presences, such as being pushed and feeling sudden bursts of cold air. There have also been reports of old fashioned couples having drinks on the balcony when the lounge was closed.

The Story: The Chelsea Hotel has been the site of many of celebrity deaths, most notably poet Dylan Thomas and Sid Vicious’ girlfriend, Nancy Spungeon. Before Sid went to trial for Nancy’s murder, he overdosed on heroin and died. Thomas has been reportedly spotted outside of the room of his 1953 death.

7. The House of Death

Where: 14 West 10th Street in the West Village

The Story: Mark Twain took up residence in this Village townhouse from 1900 to 1901 and claimed that he experienced paranormal phenomenons. This is also the site of a murder-suicide and the beating death of a six-year-old girl. The ghost of Twain himself has been reported ascending the staircase.

Where: 12 Gay Street in the West Village

The Story: The building once served as a speakeasy during Prohibition and was purchased by corrupt mayor Jimmy Walker as a home for his mistress, Betty Compton. Sightings of flapper-era men and women keep neighbors on Gay street talking.

Where: 131 East 10th Street in the East Village

The Story: This super old church is haunted by a peg-legged Dutchman who harasses clergymen, rings bells, and interrupts services by singing Calvinist hymns in Dutch. Way to go, man. Making Sundays interesting, one church service at a time.

Where: 29 East 4th Street in the East Village

The Story: The building is used as a museum to somewhat commemorate the domestic lives of the nineteenth-century elite. However, the ghost of one of the first owner’s daughters, Gertrude Tredwell, still haunts the place. She is supposedly the muse of Henry James’ novel Washington Square Park.

Where: 129 Spring Street in Soho

The Story: Another lovers quarrel gone way wrong. Levi Weeks impregnated and then promised to marry a young woman named Gulielma Sands. I guess he was a free spirit who did not want to be tied down to a family so he did what any guy would do to remedy the “situation” – he killed her and stuffed her in a well. There are claims that the ghoul of Gulielma still haunts the site of the well. Where: 85 West 3rd Street in the West Village

The Story: Edgar Allen Poe wrote his classic story, “The Cask of Amontillado,” in this downtown building. Poe’s ghostly figure has been seen climbing the stairs here according to freaked out law students. 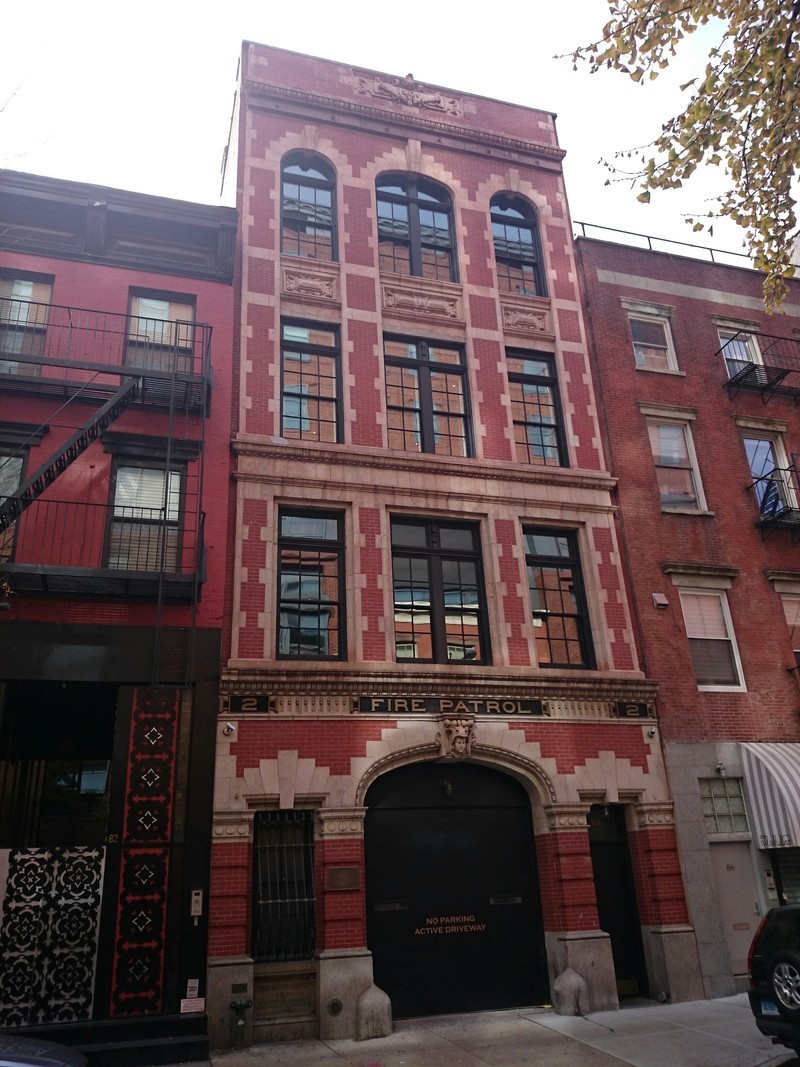 Where: 84 West 3rd Street in the West Village

The Story: Across the street from Poe’s old abode is this Anderson Cooper-owned firehouse turned loft. It is said to be haunted by “Firefighter Schwartz,” who hanged himself on the premises after learning of his wife’s infidelity in the 1930s. Firefighters have confessed to seeing his corpse hanging from the rafters in the firehouse.

Where: 136 Clinton Avenue in Brooklyn

The Story: The story goes like this. 150 years ago, the house shook and a brick got thrown through the dining room window. Supposedly, there were cops all around the house because the owner called them…because the house was shaking. After the local paper reported the story, ghost hunters made this a hotspot for seances. Where: 298 Satterlee Street in Staten Island

The Story: In the olden days of the American Revolution, this manor was used by British forces. The Staten Island leader of said “British Force,” Colonel Christopher Billop, killed a 15-year-old servant girl by throwing her down a flight of stairs because he suspected her of being a rebel spy. Supposedly, you can still hear her screams. Also, this was an Indian burial ground. So, there’s that.